It is a reality used every day by thousands of people.

Why are we different? We use it every day to produce as multimedia professionals and it is supported by a software house dedicated to the spread of Linux since 1998.  Downloading and use are completely free, like the support of the Facebook group, if you need support from the development team can be activated with a donation. It is tested every day in our PCs on 10 different hardware types. 65+ photographers use it every day in their professional studios. We are a team of 10 independent developers who have decided to offer their free commitment to freely make available this magnificent distribution that has no equal in the Linux world. Currently MODICIA O.S. it is installed in over 12 schools and universities, 1,700+ students use it every day. You will find applications, management tools and multimedia that don't exist in any other distribution. We actively spread Linux by installing special versions of MODICIA O.S. with only free software and now we have made it better and available to everyone with our free commitment.

Our team of developers, graphic designers and testers works for free, bearing the real costs. We make this operating system available to the community for free and if you like it we ask you to support the development team with a donation to cover the expenses. Without support we will not be able to continue to engage in this project. You may have noticed that we are not present in the common distro rankings even though we have positive reviews from all over the Linux world, this for our choice. It is not a competition for those who install multiple distributions in virtual machines on a Windows or Mac PC. MODICIA O.S. is a real operating system for working and producing. Citing the greatest stylist in the world ¨ Giorgio Armani¨ we feel like saying, ¨The class is not being noticed, but being remembered¨

1. If you press alt + space bar, the launcher application menu will appear.
2. All programs have the various languages and dictionaries available already installed.
3. From the context menu, wherever you are you can activate the windows exposè.
4. We can quickly start displaying desktops, windows, application menus with the Super key (Windows or Mac key)
5. Pressing the middle button of the mouse appears the circle menu with all the utilities from the terminal to monitor the hardware and the o.s.

THE ¨ABC¨ OF MAXIMUM PERFORMANCE

A) Turbo Boost processors are active by default.

B)  Swappiness is reduced to 10% and programs are faster than 25% and consequently also increase the life of the SSD disk.

C) Data in RAM memory is compressed with a speed reading them and write more than 20%, Wine, Samba and Rsync is already configured and active. There are no more excuses to abandon the proprietary systems in favor of MODICIA O.S. overall it is superior to any other  alternative for multimedia professionals and publishing offices.

LINUX IS READY FOR WORKSTATION

Try it with an open mind, leave aside unnecessary fans, read the features and what you can do before downloading it. You will see an operating system at its highest speed, beautiful, powerful and coherent. No freeze  or programs that do not start, you will find QT and GTK applications that look like a single library. Everything is ready and configured, applications and tools that you can not find in any other system. The programs are not only installed, they are configured. We think that this operating system can replace Mac and Win without fearing comparisons. MODICIA O.S. being based on Ubuntu LTS and compatible with it 98% you can use all the procedures for Ubuntu LTS, also you will find many guides and user groups that can help you with any problem.

Graphically beautiful, complete and performing using only 450 MB of RAM. The Windows theme is the same for all applications. The theme, buttons and icons like the VLC skin were created specifically for MODICIA O.S. Each program and application has been modified in use and appearance. The configuration has been modified and improved to make the use of the system fast, pleasant and free of bugs.  This  done without unnecessarily renaming the application name or changing the source code.  You will find all the software you already know, but improved in every aspect, to the point of looking like new software, like the D.E. "Anabolized XFCE", always fast and light, but much more modern, complete and beautiful to see, with the original XFCE name.

IN SEARCH OF PERFECTION

MODICIA O.S. it can be used with profit and satisfaction even by  passionate and advanced amateurs, but it has been created and is used by true professionals of multimedia. The installed software is not the result of sympathy for a desktop or a library or even for pure ideology. It is a set of programs that are really tested every day with the best features and the options you really need, such as the choice of the desktop interface. Everything is graphically uniformed by a theme that makes every aspect beautiful and pleasant, from the colors to the buttons and importantly it is completely free of blocks that would make you lose all the work. It is not enough to try the operating system by installing it in a virtual machine and opening and closing some applications superficially using two or three options, this behavior is typical of those who install 20 different distributions but in reality do not use even one. To use Linux beyond the pure experiment or game you have to use the applications and the system really for months or years having Linux as the only operating system to find out which one is more reliable, which is in constant development and constant improvement and understand if it can be productive and replace the various paid software, or just be a nice game with strange icons in a spare partitions to show to friends.

Show virtual desks along with active windows and a search menu with favorites.

Displays all active windows in the desktop simultaneously with transparency effect.

It allows you to search for applications by name or description at any time.

All the controls are integrated in the menu with graphic configuration tools. It's time to get everything working, installed and ready with just one click configured graphically.

The next version of MODICIA O.S. will be released in:

For those who have difficulties in downloading we offer the shipment of the DVD.

Used for state exams, one of the oldest and most prestigious educational institutions.

Unique preconfigured tools to be used in the terminal with a single click.

Thousands of programs with preview and evaluation in a light application center.

Everything is optimized, conformed with whatever application or library is used.

Here you will find the link to the community and support, Facebook fan page, Youtube video guides and news in Wordpress.

MODICIA O.S. is free of cost and doesn't generate any direct sort of income. The money is used to pay for hosting, to purchase equipment and to fund the work of the people behind it.

USB PEN WRITER FOR LINUX USE THE ONE INCLUDED IN MODICIA O.S. ;-)

Our support team works closely with MODICIA Company's best engineers to quickly transform customer feedback into problem resolution. This direct line of communication allows us to deepen the proactive solutions that can affect your work. In case of need, you can activate technical support by purchasing the annual online subscription. By activating the annual subscription for technical support of programmers, assistance will be provided exclusively to the e-mail address with which the payment was made. This includes 25 technical support interventions via direct email.

SALE OF WORKSTATION AND LAPTOP WITH MODICIA O.S. THE REVENUE WILL BE DONATED TO THE COMMUNITY OF PROGRAMMERS THAT, THANKS TO THEIR FREE WORK, MAKE THE OPERATING SYSTEM AVAILABLE FREE TO ALL

Everything you need for photography, layout, drawing and graphics.

Professional and novice musicians have everything available.

Master video creators will find the most complete and powerful tools.

Browse with the best web surfers in complete safety for your privacy.

Manage all your mobile devices with applications that manage your smartphone by wi-fi.

Tools at the highest levels to manage your work as a web designer and web master.

Innovative, complete management tools, scripts that can be started with just one click.

For the office and writers, everything is ready to manage MSoffice, OpenDocument, and much more.

THOSE WHO USE EXCLUSIVELY MODICIA O.S. AND WHAT IT CAN PRODUCE 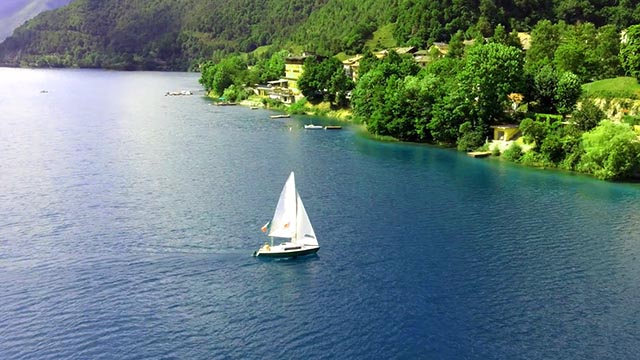